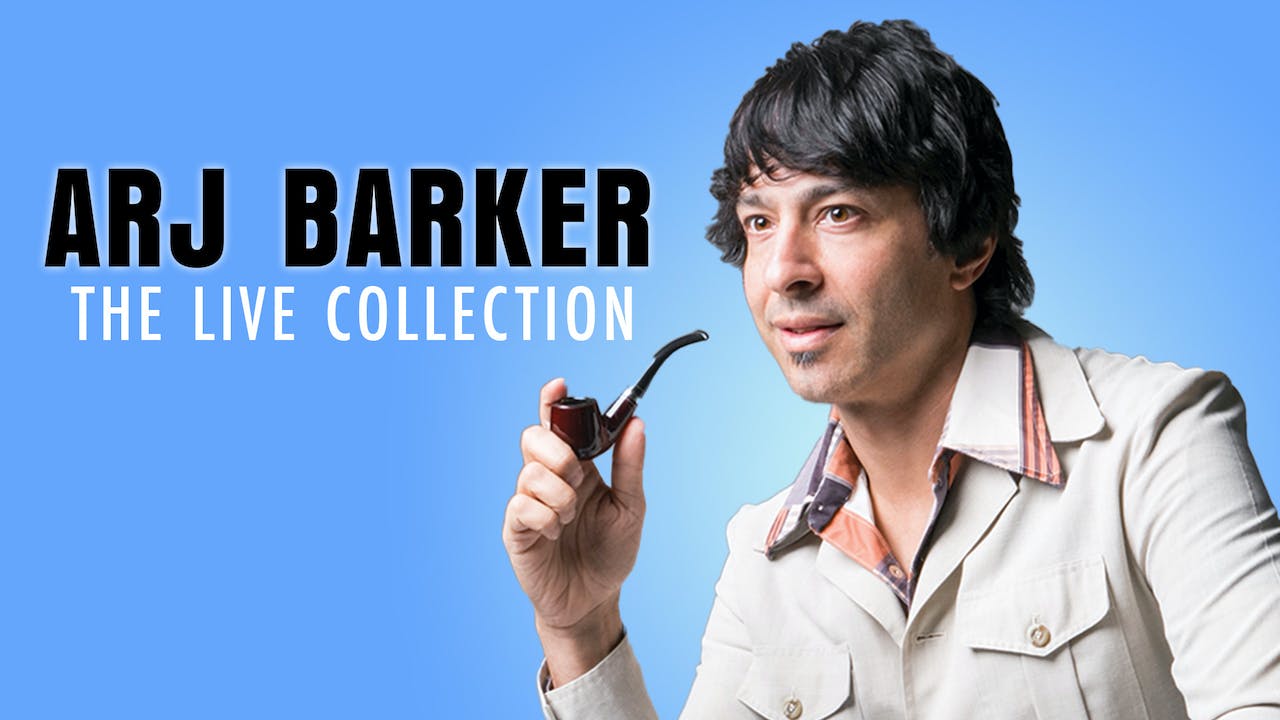 A collection of everything Arj Barker has ever released. Includes ORGANIC, winner of the 2019 ARIA Award for 'Best Comedy Release'

A Collection of the best of Arj Barker -
This pack includes -

LIVE
Internationally acclaimed comedian Arj Barker dishes up his all-time classic jokes as well as some sweet new freshies in this hilarious DVD. Filmed in front of a capacity audience at Sydney's Enmore Theatre, this show will have you in stitches the moment he unleashes his unique, intelligent world-class stand-up comedy.

BALLS
Prepare yourself for a spiritual quest with a difference as you shed your ego and are taken into Arj's world, where comedy meets enlightenment and see why Arj Barker is regarded as one of the world's best stand-up comedians!

FOREVER
Arj Barker Forever was taped in front of a capacity crowd at Sydney's beautiful State Theatre, where Arj delivers some of his strongest material ever in this hilarious, one hour performance.

JOY HARVEST
After finally wrapping up his year long Australian tour, it is clear how much the fans love Arj Barker! Based on the live show "Let Me Do The Talking", this highly anticipated new release from one of Australia's most loved comedians certainly lives up to expectations. Just like the stereotypical Aussie, Arj, tells it like it is. With his witty observations, delicious puns and hilarious antidotes, Arj Barker captivates his audiences resulting in constant laugh out loud moments for all comedy fans.

GO TIME!
The lights dim. The music fades. The audience applauds with anticipation. Or they just get alarmingly quiet. Every show you’ve ever done leads up to this point. But this is the only show that matters now. Have you got the goods, kid? They’re about to find out. It’s Go Time. Filmed live from the historic State Theatre in Sydney, Go Time! is (according to Arj) both “what audiences expect from me AND the last thing they expect from me, which if my calculations are correct, will make for a great show”.

GET IN MY HEAD
Filmed live from the beautiful Capitol Theatre in Sydney, let Arj Get in Your Head - What are you waiting for? Hop on in and let's ride. There's plenty of room in here. Join me and together well contemplate everything from the social evolution of humanity, to the intriguing and elusive nature of non-sexually derived boners. I'll even mention fondue at some point, and that's a promise. So take a load off your mind and get into mine already!

ORGANIC
Winner of the 2019 ARIA Award for 'Best Comedy Release'
Arj dishes up his latest show filmed live from the Powerhouse in Brisbane. As always, he starts with the finest free-range topics and nurtures them until they're brimming with wholesome hilarity, and ready for a tellin'. Remember, his cruelty-free jokes are ALWAYS tested on animals, and 100% goat-approved by the time you hear them. That's quality you can trust.